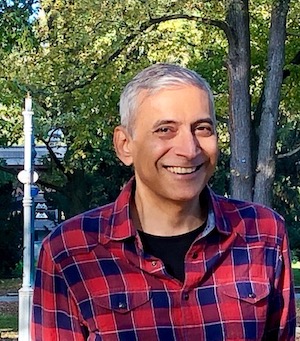 Sudhir Chella Rajan teaches at the Department of Humanities and Social Sciences at IIT Madras. He was formerly Head of the Department (2011-2014) and was Coordinator of the Indo-German Centre for Sustainability (2010-2016) and Area Coordinator for Land-Use (2016-2020). He obtained an inter-disciplinary doctorate in Environmental Science and Engineering from the University of California Los Angeles and has worked in progressively senior positions in government, research consultancies, NGOs and academia. His interests are primarily at the interface of political theory and the environment; in particular, on the new challenges that enter politics within democratic societies in the face of composite social and environmental encounters.

Dr Rajan has worked on emergent policy dilemmas in automobile pollution regulation in California, the politics of power sector reform in developing countries, conflicts in relation to energy access and climate change policy, the patterns of social change needed in transport in the United States for fair climate policy, ethical approaches to addressing climate change and sea level rise, new interpretations of the resource curse in resource-rich developing countries, changes to the periurban landscape in South India and the shifting meanings of corruption in environmental and everyday discourse. His latest book is A Social History of Corruption: Notes from the Indian Subcontinent.